The news roundup this week on News by The Catalyst's Morning Brew!
ByFarah Khaleck

A serial killer and an online investigation: Only in Kenya. Whenever you read that phrase you’re almost always prepared for the next bizarre thing that has taken place. This time it’s not so different either. For the past week a police officer by the name Caroline Kangango has given the entire police unit sleepless, just read terrifying, nights. Caroline was on the run after she had committed the murder of two fellow police officers. She was being followed from county to county as she she evaded every possible net to capture her. On Friday 16th July she was found dead at her parents home in Elgeyo Marakwet in the Rift Valley region.

What followed the news of her death is where the Kenyan unusualness begins. Kenyans on Twitter aka KOT turned criminal investigators as they tried to solve her death by finding clues on a picture that was posted online. The picture was graphic as it displayed the body of Caroline in an enclosed space. Kenyans turned DCI found no evidence of it being a suicide, as reported by authorities, and accelerated an online (real time) critical and investigative report of all the evidences provided. They concluded that the picture showed no signs of suicide and that the authorities need to take appropriate action and follow up with their findings to report on what actually transpired with the serial killer’s death.

South Africa is still burning: Violent riots broke last week throughout South Africa after the news of ex-president Zuma being sentenced to 13 years for contempt f court broke out. The riots have been violent as lives have been lost and heavy damage to public property was caused. It is reported that 200 people lost their lives during the riots and a fresh wave of violence is expected in the coming days. Hundreds of shops were looted causing heavy economical damages in the region. It is believed the violence is politically motivated into pressuring President Ramaphosa to pardon the ex president or furthermore step down. https://www.theguardian.com/world/2021/jul/17/south-africas-leaders-fear-fresh-wave-of-violence-by-zuma-loyalists

Images online exposed a largely unequaled image of the region. Majority of the loot was in supermarkets and malls and for food supplies, perhaps giving an idea of a population that is dire need of equality and economic representation. Although the violence is political but it is clear those who needed essential supplies took advantage of the situation to help themselves. This could be a good time for the government to win back it’s revolting citizens by ensuring economic reforms.

A Kenyan Olympic kit should look like…: On July 9th, Safaricom unveiled the olympic kits that are part of its twenty million Kenya shilling sponsorship of the team that will be representing Kenya in the upcoming olympics in Tokyo, Japan. The kits, of course, incorporate the colours of the Kenyan flag, navy blue and the plaid pattern of the ultra-famous Maasai shuka. Now, the Kenyan flag has been consistently ranked as one of the most beautiful flags in the world and the Maasai shuka does more for Kenyan tourism than, arguably, the Kenyan Tourism Board but a lot of people agree that this combination on the Safaricom kit, especially with the prominent MPESA logo, is just ugly…. Read the article here!

ION: (for some interesting news piece)

A migrant gorilla: Joshi, a 13 year old gorilla, has moved to his new home in Congo-Brazzaville. Joshi has been living in a British safari park since birth. His new environment comes with challenges as he will have to adjust to jungle life, but fortunately he has two young gorilla mates to teach him about his new hood. https://www.bbc.com/news/av/world-africa-57854071

Lamu Port’s first dock: Kenya Ports Authority informs of the first ship to dock in Lamu. The Kenyan owned AMU 1 is set to arrive from Tanzania carrying 63 containers of goods which are expected at the Lamu facility. Lamu’s port is mainly a transhipment facility and the cargo arriving from Tanzania will be transferred to another ship (named CMA CGM) which will embark further to Dubai and far east. https://www.businessdailyafrica.com/bd/news/counties/new-lamu-port-host-first-transshipment-cargo-3473180

The cold is getting to the beans: Farmers welcome a steady rise in coffee prices but are struggling to deliver due to the cold weather. Factories are finding it difficult to dry the beans ready for delivery due to the current cold and wet conditions. https://www.businessdailyafrica.com/bd/markets/commodities/coffee-price-rises-volumes-drop-on-weather-woes-3474540

"But have you been to space though?" Space Tourism, the new billionaire fad:

Richard Branson pioneered the first space tourism flight aboard Virgin Galactic on July 11 to the edge of space. Name a place money can’t take you? We’ll wait. Bestie billionaire Elon Musk was present to see off his pal out of this world, literally. Elon Musk is also gearing for his all passenger flight SpaceX into the orbit, yes the actual space, in September. Elon won’t be aboard the flight but his space mission dubbed Inspiration4 has already made numerous test flights to the International Space Station. Jeff Bezos can’t be left out right, his rocket New Shepherd, successfully made a great flight to the edge of space on Tuesday 20th July. Bezos had a 4 man crew, with oldest being 82 yr old Wally Funk and youngest being an 18 yr old student Oliver Daemen. Mark, Bezos brother was the fourth passenger. It is the age of space and it has just begun. What a time to be alive.

We reviewed your next watch:

We reviewed the just released docuseries following Naomi Osaka, the four time grand slam champion, as she navigates the pressure of being the world champion, the relentless media scrutiny that comes with that and trying to have some semblance of a normal life amidst it all. The series is three episodes long, starting with her US Open win against Serena Williams in 2018 and ending with her fourth grand slam win in the US Open in 2020. The soft spoken Osaka sporadically narrates from recording she makes on her phone. Find the article here! 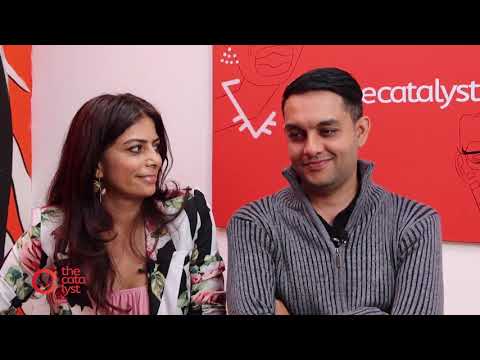